NEXT STORY
FY22 Budget Request for the Department of the Army 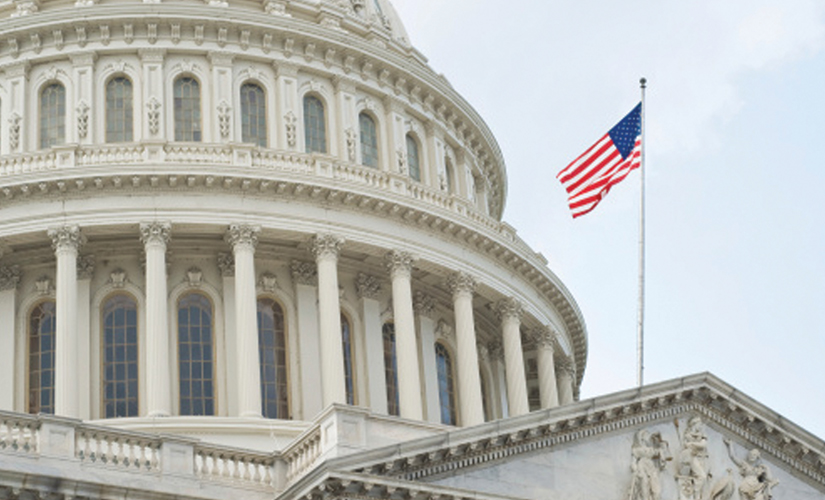 Challenges facing the United States Navy are increasing. In the Indo-Pacific, the People’s Liberation Army Navy PLA(N) is expanding rapidly and possesses imposing long-range missile capabilities, threatening allies, partners, key sea lanes and international norms. Given the importance of the service and the growing threat, the fiscal year 2022 budget request for the Department of the Navy has left many members of congress and the national security community concerned. The FY 22 request not only leaves the Navy’s budget flat (the FY 22 request allots approximately $211.7 billion to fund the Department of the Navy) but puts the size of the fleet at risk by cutting ship procurement to below the rate of replacement needed for a 300-ship navy.

On June 22, the Senate Armed Services Committee held a hearing to review the posture of the Department of the Navy in review of the FY 2022 budget request and the Future Years Defense Program (FYDP). In attendance as witnesses were Acting Secretary of the Navy Thomas Harker, Chief of Naval Operations Admiral Michael Gilday and Commandant of the Marine Corps General David Berger.

In his opening remarks, Chairman Reed (D - RI) highlighted the struggles naval forces face: an “extremely high operations tempo,” overwhelming demand for more naval ships and aircraft, and yet another year of naval operations without the legally required eleven aircraft carriers. Chairman Reed made specific mention of the flagging USS Gerald Ford and its status as six years behind schedule. Reed moved on to emphasize his concerns about the FY 22 budget request and acquisition choices –describing the intentional violation of the multiyear DDG-51 contract as “the Navy breaking faith with Congress.”

The cut of the second DDG-51 from the budget and its subsequent placement on the Unfunded Priorities List has concerned many. Chairman Reed asked for assurances that the practice of cutting formal ship requests on budgets only to place the cut vessels on the Unfunded Priority List would not continue as a trend. Chairman Reed asked pointedly: “I would like to know how the Navy intends to maintain a fleet of 355 ships or even 400 to 500 ships when it is frankly unable to maintain the current fleet of 294 ships on a consistent schedule.” Ranking member Inhofe (R – OK) would refer to the budget as making “bad choices, not hard choices” and sending the wrong messages to China.

Both China and Russia are modernizing their militaries with the United States in mind. China’s huge combat forces, infrastructure, long-range missile arsenal and modernization efforts are a clear threat to the United States and its partners in the Indo-Pacific. Admiral Gilday opened his remarks by emphasizing these threats and informed the Committee that after five years of analysis, the policy is clear: “America needs a larger, more capable fleet.” Gilday pointed to the gap in average ages between the US and PRC fleets; 21 and 11 years old, respectively. Gilday summarized the challenges facing the Navy as its buying power shrinks year after year. He pointed to recapitalizing the strategic nuclear deterrent, a “once-in-a-century investment” in public shipyards and the rising cost of readiness and maintenance (growing at a rate of about 2.5% above inflation) eating into the Navy budget. It would make sense then, that a flat or reduced budget directly harms the size of the fleet.

In his opening remarks, Secretary Harker supported the Navy Plan and Force Design 2030 efforts to “build a more integrated all-domain naval force.” Striking a central theme of ‘sacrifice to invest’ early and often, Secretary Harker stressed the importance of maximizing every dollar made available to the Navy, saying “every dollar is a strategic asset that must be maximized to stay ahead of the pacing threat of China.” Harker pointed to the pressure imposed on the rest of the Navy’s budget by the rising cost of readiness, maintenance and operations, saying “in order to invest in a superior future force, we had to divest of less capable assets.” Harker fully committed to the Shipyard Infrastructure Optimization Program and emphasized the Performance to Plan initiative designed to improve readiness and get resources to the warfighter. To combat sexual assault and harassment, the Navy added 200 personnel to work with sailors and marines focused on prevention, with 80 additional response coordinators.

General Berger opened by highlighting the challenges facing budget makers as the nation deals with several competing priorities. General Berger provided an update on Force Design 2030, a now two-year-old USMC effort to modernize and improve the service’s role within the joint force. Berger touched on three efforts of note: improving operational reach and efficiency of expeditionary forces, advancing training and education and improving personnel systems and policies. However, General Berger is not content with the rate of improvement, saying “we must move faster.” To close his opening remarks General Berger pointed to the Marine Corps’ successes in cutting unnecessary procurement to fund its modernization efforts.

Chairman Reed questioned Secretary Harker and Admiral Gilday about the DDG-51 procurement and the size of the fleet. Harker called the DDG-51 procurement cut “the most difficult choice” they faced this year. Admiral Gilday said the US will need a larger Navy to combat a military as large as China’s and pointed out that composition of the fleet is also crucial, pointing to submarines (concealment and strike) and aircraft carriers (flexibility and survivability) as providing different capabilities to overmatch adversaries.

Questions on shipbuilding decisions continued as Senator Rounds (R – SD) pressed Secretary Harker on the reduction of procured Arleigh Burke-class destroyers from two to one, while the second DDG sits at the top of the Navy’s unfunded priorities list. Senator Rounds emphasized that the government will be in breach of a previously agreed contract with Huntington Ingalls and Bath Iron Works in 2018. Rounds asked: “what is the logic in a budget which has an unfunded request attached to it when you already have a contract that says that you've agreed to purchase two instead of one?” In response Secretary Harker said the Arleigh Burke procurement cut was “our biggest regret going through this budget process.”

Admiral Gilday was asked by Ranking Member Inhofe for an update on the USS Gerald R. Ford’s shock trials and the vessel’s catapults and elevators before the Ranking Member moved on to highlight challenges created by the new budget. Senator Shaheen (D – NH) asked the Admiral about cost overruns facing the Shipyard Infrastructure Optimization Plan and if they are driven by increased supply costs or errant estimates: the Admiral responded in the affirmative, highlighting the effects of the pandemic on lumber, cement and steel prices. Senator Wicker (R – MS) highlighted the 30-year shipbuilding plan calling for a range of 16-19 LSD/LPDs instead of the 21 called for by the Marine Corps.

Asked about the Organic Precision Fire Mounted System and how the FY 22 budget reflects modernization efforts vis-à-vis unmanned systems, General Berger said the Marine Corps will be tripling the number of UASs and that the JLTV-Naval Strike Missile configuration will include manned and unmanned teaming. Senator Duckworth (D – IL) lauded the MQ-25 Aerial Refueler for the first ever aerial refueling between a MAD aircraft and an unmanned tanker, highlighting how the integration of MQ-25 extends the range of aircraft carriers and could lay the foundation for future carrier-based unmanned systems. Senator Duckworth asked Admiral Gilday to elaborate on the impact of such systems to provide essential logistics in a contested environment, who said the effects are “profound” for the Navy and military at large.