The Summary of the United States’ National Defense Strategy of 2018 clearly expressed a shift in focus from fighting terrorism to ‘inter-state strategic competition’, with specific references to Russia, China, and North Korea. With such a sea change, many expected the DoD to ramp up spending on new innovative technologies and other high-end military capabilities, but its acquisition trends show otherwise, the Center for Strategic and International Studies explains.

The 2018 NDS summary lists several major capability areas where investment and modernization is crucial for successful competition against strategic rivals. However, this budgetary follow-through from the administration has yet to materialize. In fact, the portion of defense contract obligations for research and development is the smallest it has been in decades. 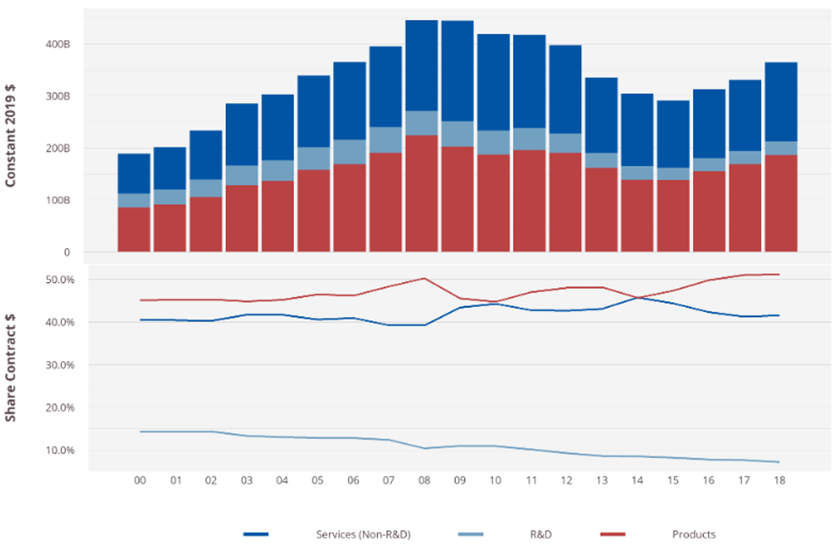 Among platform portfolios, the most notable increase for defense contract obligations for the 2018 fiscal year was in Land Vehicles. With an increase of 62%, spending for this platform reached its highest peak in over 5 years. Ordinance & Missiles also had a significant increase of 56%, followed by Air & Missile Defense with a 53% increase. Based on the 2018 NDS these trends will continue as platform modernization receives more budgetary priority. 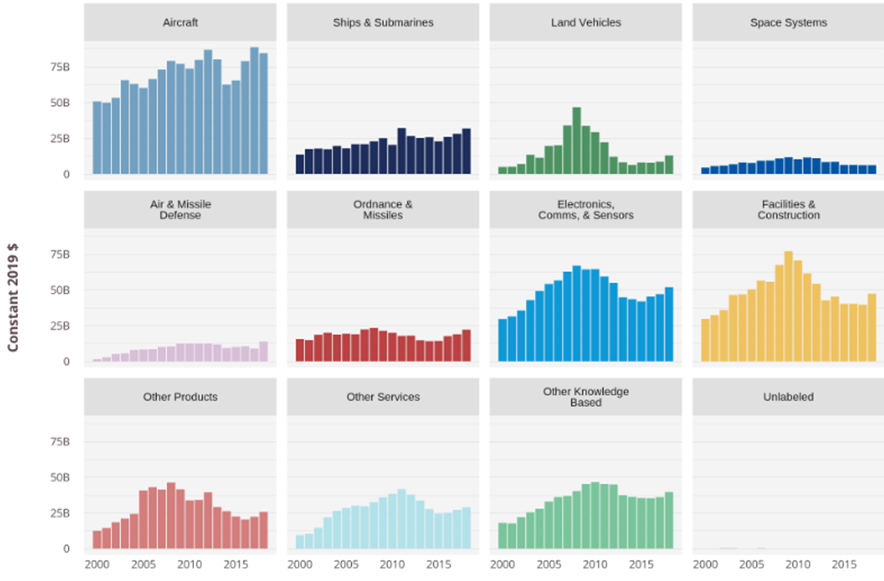 There has also been a noticeable rise of the utilization of Other Transaction Authority contracts (OTAs) in recent years. Army specifically had a 348% increase in OTA contracts between the fiscal years of 2015 and 2018, and Air Force had a 9,982% increase. Since the passage of legislation encouraging their use, the total use of OTAs has more than tripled since the fiscal year of 2015 as of the 2018 fiscal year, contributing to an overall 25 percent increase of defense contract obligations during the same time frame.

Other Transaction Authorities are often used for R&D contracts, specifically for contracts involving prototypes. The notable increase in their utilization over recent years does signal a shift in focus towards the development of new capabilities and modernization.

Overall, these acquisition trends show the direction the Department of Defense is heading in under the new 2018 National Defense Strategy. To achieve success in a world of great power competition, more must be done to develop new capabilities while maintaining the readiness levels of the modern warfighter. New acquisition tools must keep pace with innovation and demand and R&D spending is crucial to achieving these goals.