The 2018 NDS, The Indo-Pacific and Foreign Military Sales: How are we doing? 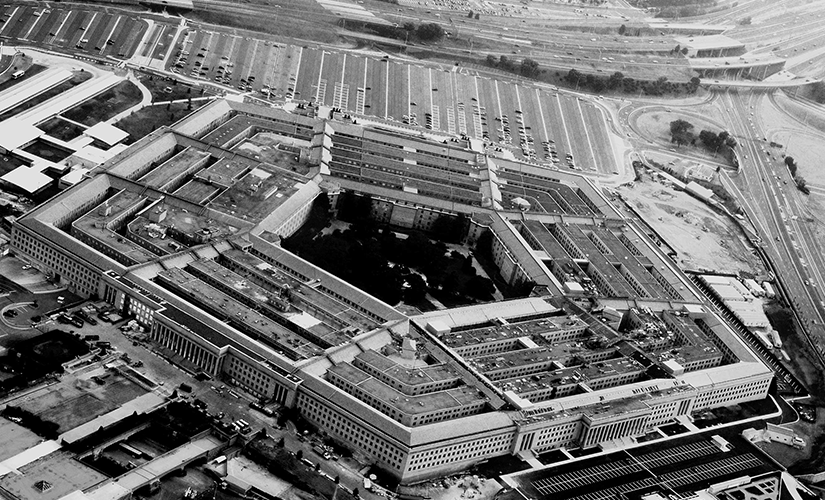 The 2018 National Defense Strategy (NDS) is a widely respected document that acknowledged the geopolitical state of play as one of great power competition interspersed with nonstate and hybrid threats. The document pointed to Russia and China as long-term strategic competitors, and Iran as a destabilizing force and ongoing threat to the Middle East. This piece will focus on the “headline” strategic concern in the NDS: The People’s Republic of China. This strategic competitor should be seen through the lens of the region it most immediately threatens: the Indo-Pacific. America’s allies and partners in the region are an asymmetry in this competition and would wisely be acknowledged as leverageable for the betterment of the region’s stability.

A key point made by the NDS was working with allies and partners to tackle state and non-state-based challenges. In that line of effort, many nations have their own defense industrial bases (of varying capability). Improving allies’ and partners’ military capacity through foreign military sales (FMS) can (and has in the past) prove to be a significant variable in overcoming a common adversary either through deterrence or by overcoming an enemy in a conflict. Use of FMS as a foreign and defense policy tool has been a tried and trusted one for the US to empower its allies and partners.

So, it should be important to ask the question: since publication, have US foreign military sales been in line with the strategy outlaid by the 2018 National Defense Strategy? We can try to find an answer by examining press releases of major sales to key allies and partners in the region. Afterall, each FMS recipient the US has an implied and stated interest in empowering and improving their defense capabilities.

This piece looks at major sales announced by the Defense Security Cooperation Administration (DSCA) that was collated into a single document by the Forum on the Arms Trade. I simply took their work and amalgamated sales to countries of strategic relevance. The time frame for this examination is 2018 to Feb 8, 2022. The aim of effort is not to quantify a capability increase or decrease, but rather to use dollars, services and platforms as a means of evaluating if the US really is better empowering its allies and partners to jointly take on this strategic competitor. To answer that, we ask the following questions:

Since 2018, major foreign military sales to the three other Quadrilateral Security Dialogue (Quad) states have totaled about $62B. That is only about $2B less than total major sales to all NATO allies in the same timeframe – indicating at least at a topline dollar level, that the strategic threat posed by the PRC is being taken gravely seriously by both the US and its friends.

Of all Quad-bound sales, approximately 82% (about $51B) are to Australia and Japan. These are two vital allies and cornerstones of the hub-and-spoke alliance system. There are several notable capability improvements within this timeframe, indicating that both states are keenly aware of the threats in their neighborhood and are stepping up their efforts to improve defense ability.

Improvements to Australian surface combatants and the sale of LRASMs give the Royal Australian Navy more punch and power projection capability. Existing joint operations and cooperation between the US and Australian navies makes these two sales complementary, improving the ability for surface combatants to be more effective combatants outside Australia’s near seas. In any possible future conflict in the Pacific, Australian naval power will be important to securing the southern flank of the western Pacific.  Complementary to this is an improved ISR ability by way of the sale of MQ-9B RPVs.

These sales to Australia certainly represent more than simple logistical support, and in show special consideration for the role of the Royal Australian Navy in a future conflict. Australia’s overall end strength is not gargantuan, but improvement of its sea-based combat capabilities will enable it to take up more responsibilities in its near abroad, enabling US forces to be used elsewhere, or enhancing a joint presence through better Australian combat power.

Japanese proximity to strategic and regional threats forms a different set of criteria for necessary military capability. Japan already hosts a significant US military presence but is within 600 miles of both the PRC and North Korea (DPRK). Accordingly, Japan is forced worry about any nuclear strikes by the renegade DPRK regime today and the ability to defend itself or the US forces on its territories in any future People’s Liberation Army (PLA) aggression tomorrow. To be able to effectively defend itself (and contribute to a coalition), Japanese Self-Defense Forces (JSDF) need to maintain significant capabilities – particularly in missile and air defense and naval power. The JSDF is already a highly capable force, improving its strike power makes it a

Recent sales to Japan are mostly pursuant to these needs – additional AEGIS weapons systems and support, improving the F-15J alongside the introduction of F-35s improve JSDF ability to protect Japan and strike at its enemies. These improve Japanese capability in a way that is in-concert with NDS thinking and creates space for US forces to focus on other threats in the theater. Japan’s own defense industry provides significant logistical support to the JSDF, so these sales really do enable capability-improvement that creates force posture flexibility in the region.

India – the only non-ally member of the quad – has a longstanding defense procurement relationship with Russia. This however has not stopped the US from engaging with the world’s largest democracy on defense issues and executing FMS agreements. Since the 2018 India has purchased over $10B in major sales; namely the Integrated Air Defense Weapon System, Harpoon-Air-Launched Block II missiles, and P8-I patrol aircraft. Sales to India represent much more of a diplomatic gain than any hard strategic one – as these sales are primarily logistic in nature, not really moving the needle on hard defense strategic goals.

Taiwan is arguably the most strategically important non-ally the in the Indo-Pacific, as it sits in the center of the first island chain, has longstanding ties to the US, and is broadly supported by the US through the Taiwan Relations Act. Significantly, the survival of the Republic of China government is in the strategic interests of the US and many of its allies in the region (especially Japan). In recent years, the PLA has been modernizing and expanding its capabilities with ‘reconquest’ of Taiwan in mind. Since the 2018 NDS, the US has made significant strides in making Taiwan a more difficult ‘nut to crack’ by providing FMS agreements that are more effective for defense than in the past – sales have totaled over $17.6B. Many of these sales are strategically important, improving Taiwan’s ability to deter and defend against an invasion by mainland PLA forces:

Taiwan’s self-defense against a PLA invasion will rely strongly upon the Ministry of National Defense’s (MND) ability to defend key command and control nodes, prevent an amphibious landing, and increase the effectiveness and survivability of anti-air and missile defense abilities. If anything, the quantities sold of Harpoon, Stinger MANPADs and PAC-3 missiles could increase, as both a signal to the PLA and Indo-Pacific states engaging in diplomatic hedging strategies and as an indication that the US takes the defense of Taiwan seriously. These sales also embrace the asymmetric advantages of defending Taiwan against a theoretical amphibious invasion: dispersibility, ISR improvement and relative low-cost compared to the systems they target.

Of the members of the US hub-and-spoke alliance system, the Republic of Korea (ROK) sits precariously on the borders of a nuclear-strike capable despotic neighbor to the north, the DPRK, and the PRC to its west. South Korean economic ties to China are very strong, but its security ties are firmly with the United States. This dynamic makes major military sales to South Korea today a more diplomatically complicated task for the government in Seoul, as they must navigate a path that doesn’t incite the economic ire of Chinese Communist Party while also ensuring a sufficient national defense.

In line with political dynamics and proximate threats, sales to South Korea could arguably be more counter-DPRK focused. However, since the threat landscape in Northeast Asia is both dynamic and somewhat unstable, capability is capability whether it is used for defense against the brutal Kim regime or the PLA. Therefore, any sales to the ROK can be considered strategically multipurposed.

South Korea has a growing, robust defense industry and a very significant US air and ground force presence on its territory. This is relatively uncommon amongst US allies and partners. Often a country will either host a large US presence or possess a vigorous defense industry. For South Korea, this means that Seoul doesn’t have the same incentives to procure most of its major systems from the US when domestic production alternatives exist. The K2 Black Panther MBT and the recently announced KF-21 fighter are good examples.

The threshold for using FMS as a tool to improve capability in Korea is much more limited than other examples here. In the time measured, major military sales to South Korea totaled nearly $4B. Much of this was logistical support or straightforward munitions sales. Notable support contracts were for aircraft like the F-35 and RQ-4, whereas munition sales included PGMs, Hellfire missiles and SM-2 IIIB missiles.

The limitations that exist for FMS to South Korea mean that the core question framework doesn’t fit particularly well. However, we can still look to these efforts within these constraints and ask ourselves – were South Korea sales complimentary to the strategy outlined by the 2018 NDS? Considering the realities, more yes than no. The ROK has an advanced defense industry and significant existential threats on their doorstep. Combined with the significant US presence, sales that have occurred do support ROK capabilities. So doing what it can where it can to signal support and resolve, while allowing the ROK defense industrial base to provide the flashier platforms makes sense for US strategy.

This piece examines one specific defense and foreign policy instrument – the leveraging of the arsenal of democracy. This soda-straw perspective leaves out so many other tools and variables, the most important being diplomacy. It doesn’t factor in for strategically relevant events or diplomatic achievements: the elephant in the room being the AUKUS agreement. AUKUS must be left out because strictly speaking, it is not a single military sale. It represents a whole new security initiative in the Pacific, in line with the strategies of the NDS and the recently released Indo-Pacific Strategy.

The US has done well in its use foreign military sales to further strategic aims outlined in the NDS (vis-à-vis the China threat). Sales to Australia and Taiwan represent significant steps forward in improving the combat power of any coalition facing the PLA and signal resolve for a free and open Indo-Pacific. Those sales enabled both states to do more so the US could use future power more freely without necessarily being tied down to aid in the defense of those places. In this respect sales really move the needle, especially if we consider that these states are actively participating in a coalition to deny the economically powerful authoritarian state in the modern era hegemony over the Pacific by force. Their ability to better defend themselves against a top-tier military permits the US to have more strategic and operational flexibility.

For other states, we see a gradual but positive outcome from FMS. Major sales to Japan represent the continuation of a trend – Japan rising to the strategic challenge presented by the PLA and working with the US to tackle that challenge. Newer initiatives and sales to India are more diplomatic or signaling steps than they are major capability improvements but represent the reembrace of the Quad (certain to be a meaningful diplomatic apparatus for the foreseeable future). Sales to South Korea make the most of doing well where possible in a threat-intense and politically complicated environment for major military sales.