NDIA is pleased to announce that this year's Dr. Desmond G. Newman Award for Supply Chain Excellence will be awarded to Mr. Ronald Thompson.

NDIA will present the Newman award to Mr. Thompson during the June Manufacturing Division Meeting Reception, Wednesday, June 26 at 6:00pm.

History of Award
The Newman Award is presented annually to an industry individual in recognition of noteworthy contributions or meritorious service in the area of supply chain management and its implementation in supporting the defense manufacturing base. The award was established in 2016 by the National Defense Industrial Association, to stimulate thought and develop programs which will benefit industry and the public.

The award program encourages planning techniques or solutions to troublesome problems for supply chains supporting the defense manufacturing base. The award is presented in honor of innovator and founder of the Supply Chain Network Committee, Dr. Desmond G. Newman. More information about the award can be found here. 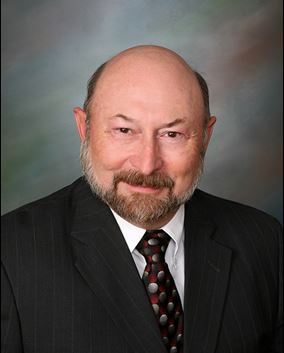 Throughout his 50-year career in printed circuit board (PCB) manufacturing and management, Mr. Ronald Thompson has worked diligently to ensure a secure and reliable U.S.-based circuit board supply chain for national security-related electronic applications. His work culminated in DoD Directive (DoDD) 5101.18E, designating the Secretary of the Navy as the Executive Agent for PCBs and interconnect technology, thereby ensuring access to reliable, trusted, and affordable PCB fabrication and assembly products and technologies that meet the highest DoD quality, performance, and security requirements.

Ron began his career with North American Rockwell in California working on the Apollo space and F-111 aircraft programs. He then was offed a DoD position at the Naval Surface Warfare Center (NSWC) in Crane, Indiana in 1969, performing testing and evaluation of electrical hardware. Ron became part of a team building a PCB facility in order to build test fixtures and improve test lab capabilities, and he then managed the PCB facility for over 25 years expanding the PCB shop capabilities to include electronic assembly, computer aid design, electrical test, cable manufacturing, and engineering.

In the late 1990s, Original Equipment Manufacturers (OEMs) refocused toward producierng end-products versus having compete vertical integration of their production supply chains. They began closing PCB facilities in response to this strategic shift, and in the face of competition from manufacturing facilities being bought up by Chinese-controlled companies. During this time, Ron became concerned about the national security risks related to supply chains losing U.S.-based PCB production capabilities critical to military systems such as radars, computers, and other electronics supporting classified work. Ron visited more than a half dozen government and military PCB manufactures who were closing their facilities, recruiting key personnel, and acquiring millions of dollars in equipment to improve and stabilize NSWC Crane’s high end PCB manufacturing capabilities.

Ron began communicating his concerns to interested parties, including a former Indiana Congressman who encouraged him to petition the National Academy of Sciences (NAS) to conduct a study. Ron did so, presenting to the NAS Board of Directors. After NAS accepted his proposal, Ron left his job at Crane and joined SAIC to support the reliable circuit board supply chain study full-time. He served as the Technical Lead on the study committee, touring military and intelligence facilities, gaining visibility into all issues related to circuit boards, and eventually producing a 2005 report titled, “Linkages: Manufacturing Trends in Electronic Interconnection Technology.” More recently, this study served as a major source for the September 2018 report to the President prepared in response to Executive Order 13806, titled “Assessing and Strengthening the Manufacturing and Defense Industrial Base and Supply Chain Resiliency of the United States.”

In addition to playing an instrumental role in creating policies to help secure a reliable PCB supply chain, Ron also helped ensure that Crane remained a reliable PCB producer. He spear-headed a two-year effort to establish a $13 million, 67,000 sq. ft. MILCON project at Crane supported by the Naval Sea Systems Command (NAVSEA), Congress, and Industry. Ron, in conjunction with the Association Connecting Electronics Industries (IPC) leadership, founded the Emerging Critical Interconnect Technology (ECIT) Program to aid the North American PCB manufacturing industry supply chain by researching state-of-the-art advances in design, development, and manufacturing processes. This program will ensure that the latest technology is available to support of the war-fighter. Thanks to Ron’s work, the U.S. is not today facing a national security crisis stemming from a total lack of facilities able to securely produce circuit boards that meet the standards for classified electrical systems. He understood the vital importance of maintaining national production capabilities for products critical to national security, and the facility he helped build and managed became an important U.S. supplier of high-side circuit boards for the U.S. military and intelligence agencies. With help from IPC, committed members of Congress, Crane, NAS, and support from SAIC, Ron established a state-of-the-art facility and drove the establishment of a directive which ensures that a stable U.S. supply of secure and reliable PCBs will be manufactured. With Ron’s continued involvement in this program, NSWC Crane was recognized in January 2019 by IPC with the Peter Sarmanian Corporate Recognition Award. The award honors an IPC member that has actively improved the printed circuit board industry while participating in technical and/or management programs. NSWC Crane is the first government entity to receive the award.

In addition to his professional accomplishments, Ron is active in the industry, often providing thought leadership at various conferences and through universities. Ron is also involved in his community, where he runs a horse farm with his wife and granddaughter. He has served as a 4-H leader and member of the Lawrence County Fair Association, President of the Lawrence County Beef Association, Fire Chief of the Perry Township Volunteer Fire Department, co-founder of the Springville Community Group, where he still sits on the board, and is a current board member on the Rural Electric Cooperative Association.