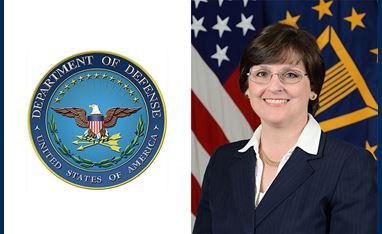 Ms. Mary J. Miller currently serves as the acting Assistant Secretary of Defense for Research and Engineering. In April, 2016, she joined the Office of the Under Secretary of Defense for Acquisition, Technology and Logistics as the Principal Deputy Assistant Secretary of Defense for Research and Engineering (PD ASD(R&E)). As the PD ASD(R&E), she is responsible for the Department of Defense (DoD) strategies and supporting plans to develop and leverage technologies needed to ensure continued U.S. technological superiority. She provides leadership, establishes policy and guidance for the development and execution of the DoD Science and Technology (S&T) enterprise, with an annual budget in excess of $12 billion. She oversees matters from basic science and capability prototyping to research and engineering at the 63 DoD laboratories; promotes coordination and cooperation across DoD, between DoD and other federal and non-federal agencies and organizations and ensures technological exchange with allied and friendly nations.

Prior to that she served three years as the Deputy Assistant Secretary of the Army for Research and Technology (DASA(R&T)). As DASA(R&T), she was responsible for policy and oversight of the Army’s research and technology program, which spans 16 Laboratories and Research, Development and Engineering Centers, employs nearly 12,000 scientists and engineers and has a yearly budget that exceeds $2.4 billion. Ms. Miller was charged with identifying, developing, and demonstrating technology options that inform and enable effective and affordable capabilities for Soldiers. She was also responsible for developing an S&T strategy that is responsive to Army needs from the near term (5 years) stretching out through the far term (more than 20 years). Her S&T portfolio covered basic research through the development and demonstration of components, subsystems, Manufacturing Technology, and technology system prototypes.

Between 2010 and 2013, Ms. Miller served as the Deputy Program Executive Officer for Soldier, where she was the principal civilian for the Department of the Army responsible for the design, development, procurement, fielding, and sustainment of a portfolio with more than 460 products/systems and a $3 billion budget. Her work encompassed virtually everything a Soldier wears or carries.

From 2005 to 2010, Ms. Miller served as the Director for Technology, within the Office of the Assistant Secretary of the Army for Acquisition, Logistics and Technology. There she was responsible for the oversight and coordination of the Army’s S&T efforts to transition technology in support of Army acquisition programs. She also served as the U.S. National Representative on the Weapons Panel of The Technology Cooperation Program.