The Honorary William C. Baugh CBRN Defense Excellence Award acknowledges the lasting impacts that Mr. Bill Baugh tirelessly accomplished through his passion for and persistence in service and excellence, and recognizes an individual who has made the greatest overall contribution to National CBRN Defense programs during their lifetime. The achievements for which this award is considered relate to many components of this highly diverse, complex, and vital commodity. Specifically, from Research and Development through the acquisition of capabilities needed by the warfighters and first responders, identification of the ever-growing threats, the innovations for training to the current and future fight, and identifying readiness initiatives for business opportunities.

The award encompasses achievements during the nominee’s career and will be presented to the winner at the annual NDIA CBRN Defense Conference and Exhibition. This competition is open to all individuals, regardless of grade or position, in the United States CBRN Defense community. All military personnel, government civilians, and contractor employees are eligible.

All executive and service CBRN Defense supervisors of headquarters, plants, depots, laboratories, and proving grounds are asked to seriously consider the contributions of their best qualified subordinates for this prestigious award. 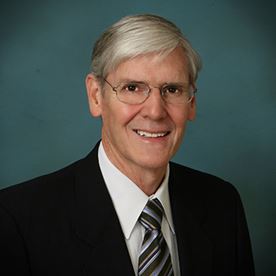 Bill Baugh was the principal of Bill Baugh Associates, LLC, and specialized in government relations, business development, and marketing for Department of Defense (DoD) clients in the CBRN Sector. Although he supported both large and small businesses, 80% of his client base was part of the small business sector.

Having begun his CBRN career 35 years ago with the Brunswick Defense Division during the tenure of MG Gerald Watson at Fort McClellan, Mr. Baugh continued his involvement in the CBRN community as Vice Chair of the NDIA CBRN Defense Division. Mr. Baugh was a Life Member of the Chemical Corps Regimental Association (CCRA) and, in 2017, was awarded the Honorable Order of the Dragon for his support and service to the CBRN Community. In 2018, Mr. Baugh was elected as the small business representative on the NDIA / JPEO – CBRN Acquisition Industry Forum (CBRNAIF). Additionally, he started and supported the NDIA MG Jim McInerney ROTC Scholarship Program as well as various other soldier support programs.

His previous position was VP for Marketing and Government Relations for Smiths Detection (formerly Environmental Technologies Group, Inc., and Allied Signal Bendix) where he worked for 21 years. Smiths Detection is a leading provider of chemical, biological, and explosive detection and monitoring systems.

Born in Pittsburgh, Pennsylvania, Mr. Baugh spent his childhood with his six brothers and sisters in Princeton, New Jersey; Philadelphia, Pennsylvania; and Severna Park, Maryland. He graduated from the University of Maryland with a BS in Industrial Technology and began his professional career as a Production Methods Engineer at Koppers Company in Baltimore, Maryland.

To submit nominations complete this form and submit to Ms. Jackie Dupre at jdupre@NDIA.org, no later than April 29th, 2022.