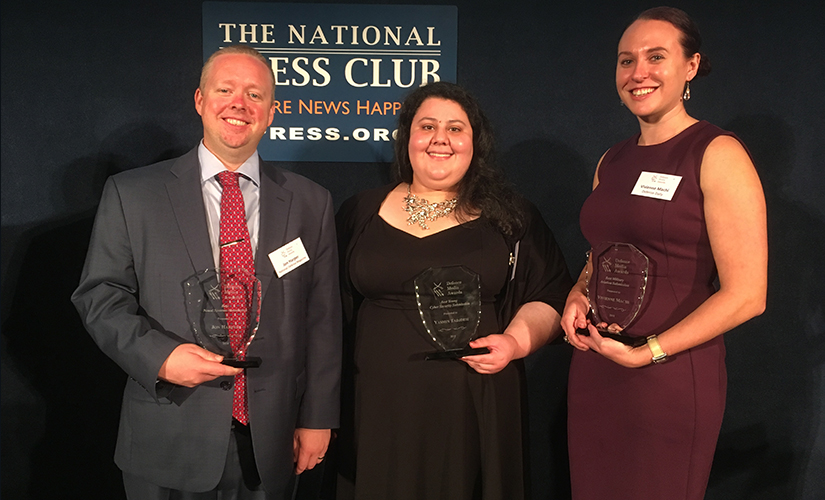 “I am so proud of these National Defense staffers and of the magazine as a whole,” said Hawk Carlisle, president and chief executive officer of NDIA. “I receive many compliments about the solid reporting and objective journalism the magazine offers each month. The magazine stands out as one of our finest offerings, and these awards will be the first of many for these talented journalists.”

National Defense covers the business and technology of the defense industry. It’s published monthly and is distributed to more than 67,000 subscribers. Daily news and features are available on nationaldefense.org.

“Until now, there have not been any independent, unbiased and impartial awards for defense journalists, especially a set of awards for work that covers the many sectors of the defense industry,” he said.

National Defense: The business and technology magazine of the National Defense Industrial Association (NDIA). National Defense Magazine equips its readers with information they can use. It helps its readers stay on top of market trends, scientific breakthroughs, product development, and military programs by bringing them news and views from the Pentagon, the administration, Congress, and industry.  For more information, visit NationalDefenseMagazine.org