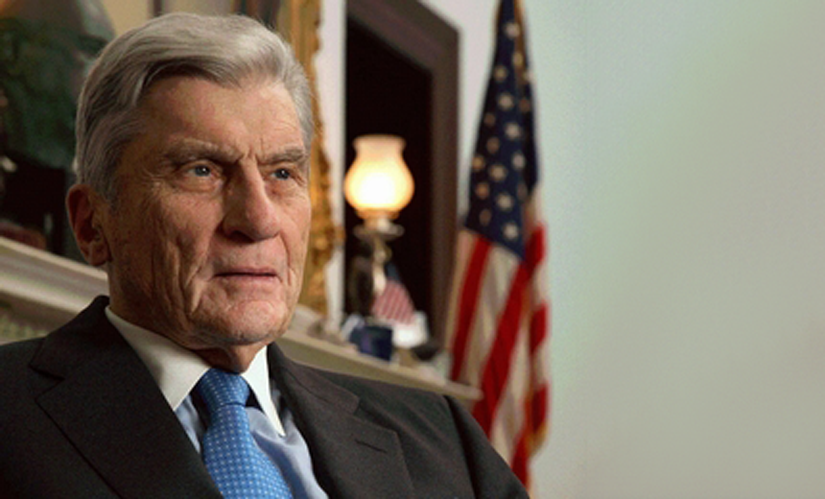 “Senator John Warner was one of the greatest of the Greatest Generation. He always put the country’s interests ahead of his personal interests and led from the front on both military and political battlefields. Our nation will truly miss Senator Warner, who was the epitome of leadership and bipartisanship.

“I was privileged to work almost daily with Senator Warner for almost 20 years, including when I was staff director of the Senate Armed Services Committee. He and my boss, Senator Sam Nunn, then SASC Chair, worked on a close bipartisan basis to address the many challenges facing our military and our nation. We travelled to war zones together and many other hot spots around the world, and we benefitted greatly from Warner’s insights from his own service in uniform in World War II and the Korean War. One of the most memorable times was our visit to the battleship USS Wisconsin on station in the first Gulf War. We were in the gun turret of the massive 16-inch guns, and I marveled as Senator Warner gave instructions to the crew on its operations.

“I was also privileged to have him write the forward for my memoir, ‘On War and Politics: The Battlefield Inside Washington’s Beltway.’ I was fortunate enough to work with him on a number of issues after he left the Senate, and I was always amazed by his ability to recount even the most minute details of all the major decisions he made in the Senate. He remained active in national security and military issues throughout his life, and our nation is stronger for his contributions.

“Our thoughts are with his family, friends and former staff today.”